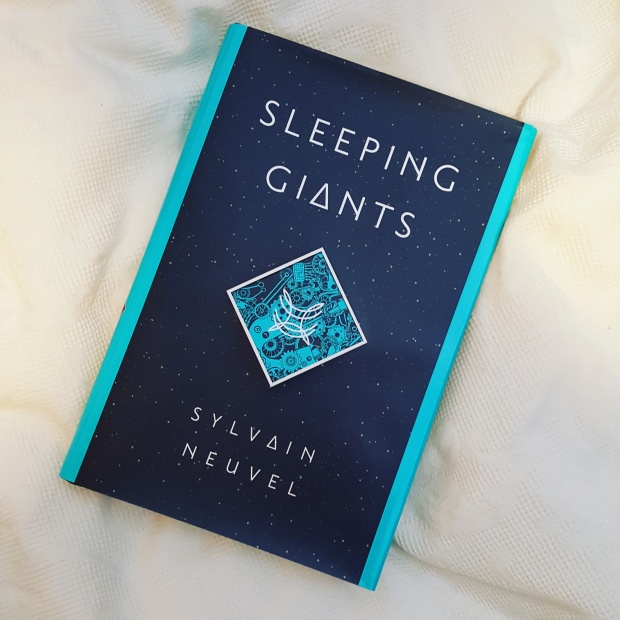 I managed to find some time over the holidays to read a couple new books, but one of them was far more compelling than the others. I’m talking about Sleeping Giants, a debut novel (and the first in what will become a series) by Canadian author Sylvain Neuvel.

This story had everything I ever want from a sci-fi adventure: aliens, hard science, mysterious characters, moral and ethical dilemmas, attempts at world domination, and a cliffhanger ending that has left me way too excited for the next novel. It even has some pretty cheesy lines, which I firmly believe all good sci-fi adventures require in order to be both successful and iconic.

The story is told through a series of interviews (with an unnamed interrogator) and journal entries from a handful of scientists and military personnel that are part of a secret project: finding and assembling massive, metal body parts. These relics, which have been scattered across the globe, form an enormous robot that is estimated to be over 3,000 years old. However, it’s operated by, and able to produce, technology that is far advanced from what humans can achieve in the present day. That, coupled with the fact that its appearance is seemingly humanoid—except for the knees, which bend backwards—forces many to believe that it is from a galaxy far, far away.

Figuring out how to operate the robot is challenging, but once they’re able to move it around, the team faces even bigger problems. Plus, after a world-wide search for giant metal body parts results in a few hiccups, many powerful leaders want to become involved in the project. I’d like to say I have a pretty good guess as to what will happen in the next book, but the ending had such a mind-blowing twist that I really don’t know what will come next.

Sleeping Giants was a fantastic read, and I’d recommend it to anyone looking for a fast-paced adventure.