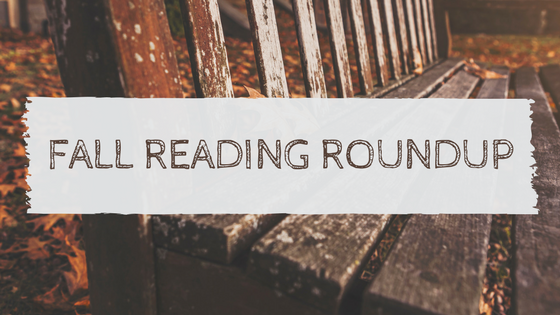 I know fall is long gone—it has already snowed a couple times in Kitchener-Waterloo—but I haven’t had a chance to review some of the amazing stories I read throughout my favourite season. Over the past month and a bit, I’ve not only started a new job, but also traveled to the other side of the world and completed some freelance projects, which all felt great. However, doing all of that also meant I had less time to write. Now, I’m slowly getting back into my regular routine, which means I have time (and energy) to tell everyone about two creepy books I read this fall.

White is for Witching, by Helen Oyeyemi

I’m not going to lie: I decided to read this book solely because of its title. White is for Witching just sounded so enticing! I thought this book would be a spellbinding journey full of some serious lady magic. However, I was wrong. 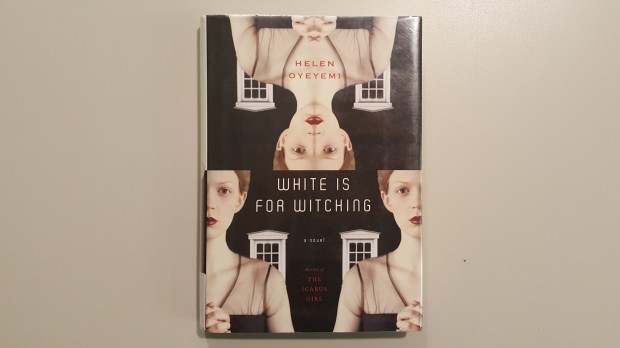 The story centers around Miranda Silver, a young girl with pica. What’s pica? It’s an eating disorder wherein the sufferer eats things that aren’t food. In Miranda’s case, she loves snacking on chalk and plastic. Her case of pica isn’t out-of-the-ordinary; in fact, pica spans generations within her family, and many females before her have suffered from the disease.

Three generations of Silver women are present throughout this story: they live within the walls of Miranda’s home. Yeah, creepy, I know. In fact, part of the book is actually narrated by the house. It’s very reminiscent of Shirley Jackson’s The Haunting of Hill House, and just as terrifying. There’s something incredibly eerie about reading a house’s point of view, especially when weird things happen in said house on a regular basis.

“I am here, reading with you. I am reading this over your shoulder. I make your home home . . . – The House

The other three points of view used throughout the story are that of Miranda herself, her twin brother Eliot, and her lover who she later meets at college, Lind Ore. The story focuses on the relationships that all of these characters have with Miranda (including Miranda’s relationship with herself), and unfold the reasons behind how she ends up missing.

Where did she go? You’ll have to brave this book’s haunting pages to find out.

See What I Have Done, by Sarah Schmidt

I first found out about this book over the summer, but was saving it to read in October. Why? Because See What I Have Done provides a new take on the infamous Lizzie Borden murders, and I knew it would be the perfect book to read in the heart of fall.

When I was younger, kids at my elementary school would often sing “Lizzie Borden took an axe and gave her mother forty whacks / When she saw what she had done she gave her father forty-one” to me. I never really knew what this jingle was about until I read Sharon Pollock’s Blood Relations in university. Seemingly innocent recess songs soon took on a whole new meaning.

The Borden murders took place in August 1892, in Fall River, Massachusetts. Lizzie Borden was found guilty of murdering her father and step-mother with an axe, served time in jail, but was later acquitted. To this day, people are still questioning who actually killed the Bordens.

Sarah Schmidt’s version of the story is told from four different perspectives, and presents more than one potential suspect. While Lizzie is still the most obvious, Schmidt leaves some room for her readers to consider that maybe, just maybe, someone else brought down the axe.

While Lizze is presented as being possibly mentally ill, and extremely angry at her father and step-mother, there are others at play. This, coupled with the fact that no one can remember if the basement door was locked, leaves some room for the imagination.

The discussions in the book about whether or not the basement door was left open actually terrified me: my house has a basement door that I very rarely check, because why would it be left open? I had some pretty sleepless nights while getting through this book.

So, was Lizzie actually guilty? I don’t think we’ll ever know, but you should read See What I Have Done to start forming your own opinions.

*See What I Have Done is a work of fiction, but the Borden murders were an actual event. The crime was committed in August 1892, as presented in the novel.

One thought on “Fall Reading Roundup”